Half term started off with an adventure for everyone in Halifax Holiday Club this week. There are three groups with us, the seekers, the explorers and the extreme. It was a very bright and crisp Monday morning when the seekers and explorers started off with pond dipping and street surfing. Meanwhile I set off with our intrepid extreme group on a very cold but rewarding walk. We began at the Boiler House and walked up behind it to Beacon Hill. The weather was very cold but very clear and this offered spectacular views over all of Halifax, which everyone was impressed by. We carried on through Cunnery Wood to Shibden Park, spent a couple of hours here playing and eating our lunches. Then we finished the day off by walking up to Southowram, back over to the Boiler House. We came back to two excitable seeker and explorer groups who told me all about the bugs and fishes they had seen.

The seekers and explorers had their courage tested on Tuesday when their activity was Jacob’s ladder, based in the Boiler House. This is a four rung ladder, with elements of high ropes, which participants have to use strength and bravery to get to the top. It was a tricky task first thing in the morning, but everyone had a go. We had a more relaxed afternoon, food foraging in the surrounding woods. You might have thought that there wouldn’t be much around in January and February but our groups can prove you wrong! We collected nettles, some peppery hairy bitter cress and even wild garlic. We used the nettles to make some nettle tea back at the Boiler House; however I’m afraid this had a bit of a marmite effect, some asking for triple measures, some saying they would never try it again!

The extreme group spent the morning mountain biking along the canal to Sowerby Bridge and back. This intended outdoor activity turned into a clean-up effort with one boy decided to remove all the rubbish he found in the canal and take it with him on the back of his bike. Whatever floats your boat, or your rusty tin can! Their bravery test came in the afternoon when they did gorge scrambling nearby with Chris, this included all the team crossing a river together.

Before and after each day at Halifax Holiday Club, participants are invited to stay, in our ‘Wraparound’ service. Each week there is a theme of activities, and this week’s theme is ‘Bugs and Nature’. Yesterday some children tried their hands at making bee houses to take home with them and tonight we will be making ‘Bug Biscuits’.

We are only halfway through half term, and I know I’m not the only one who is excited to see what the rest has in store! 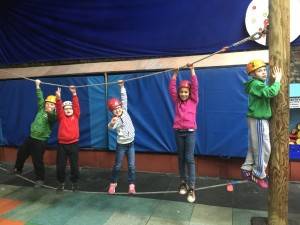 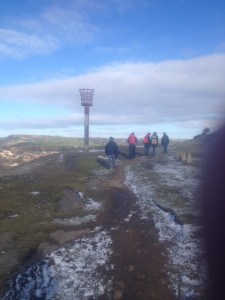 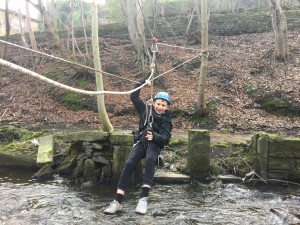